AN TAISCE’S VIEW OF MINISTER’S APPROVAL FOR OIL EXPLORATION

A few weeks ago, Ireland’s first Minister for ‘Climate Action’, Denis Naughten TD, signed off on the Druid/Drombeg exploration field on the Porcupine bank off Ireland’s west coast which is targeting some 5 billion barrels of oil offshore. The environmental group An Taisce has expressed dismay at the decision in the context of the impending climate crisis facing Ireland and the wider world. Separately the Citizens’ Assembly is inviting members of the public and groups to make a submission to it on how the State can make Ireland a leader in tackling climate change. Submissions are open now until August 11th. 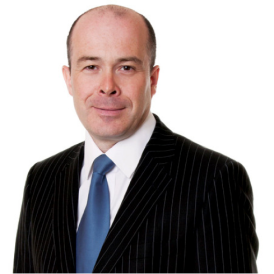 An Taisce says that if recovered and burned, the 5bn barrels of oil will release some 1,500,000,000 tonnes of CO₂ into the atmosphere, an amount which far exceeds the 1bn tonnes (our remaining national quota) that Ireland can ever emit, in total from all sources, while still hoping to avoid a “calamitous” +2°C global temperature rise. Ireland’s current total annual emissions from all sectors are currently around 60 million tonnes a year, and this figure must drop sharply in the coming decade in line with our international commitments. An Taisce claims that the Druid/Drombeg licence could therefore potentially produce the equivalent of all Ireland’s greenhouse gas emissions for at least the next quarter of a century.

In a statement An Taisce quotes a report in an energy industry newsletter which says, “The Stena IceMAX deep-water drillship is contracted for the programme, and operations have now begun after the Minister of Communications, Climate Action and Environment gave consent on July 11th.”

In a video message at the recent launch of the SEAI’s Five-Year Strategy, 2017-20121, Minister Naughten said: “we are determined to drive Ireland’s low-carbon energy future” and went on to say that “energy and climate action are inextricably linked”. An Taisce claims that the drilling licence “drives Ireland’s low-carbon energy future off a cliff” and that while the “SEAI Strategy envisions an Ireland where energy is sustainable, secure and clean, oil drilling is inherently unsustainable, insecure – and dirty.”

John Gibbons, An Taisce’s Climate Change Committee spokesperson stated “For the Irish government, and our first-ever ‘Climate Action’ minister in particular, to preside over the ecologically reckless and utterly unsustainable pursuit of offshore oil at the very time that climate science warns us we cannot dare to burn more than a fraction of already established fossil fuel reserves, amounts to reckless endangerment the part of the Government”

Mr. Gibbons contrasts the decision on oil exploration approval with the speech of the Minister at the 2016 Energy Ireland conference in Dublin when Minister said: “Of course, the simplest solution to many of our challenges in the energy sector is to reduce the amount of energy we use. It is often said that the cheapest barrel of oil is the one not burned”.

John Gibbons continued “An Taisce today calls on the Minister and the Government to announce an immediate review of the continued role (if any) for further fossil fuel extraction within the national territory (onshore and offshore) in the light of the unfolding global climate crisis; such review to explicitly include seeking the advice of the Climate Change Advisory Council, and wide public consultation in the context of the forthcoming National Dialogue on Climate Action; and, pending the conclusion of this review, to put in place an immediate moratorium on the issue of any further licences for fossil fuel exploration or extraction within the national territory.”

Meantime the Citizens’ Assembly is inviting members of the public, representative groups and citizen organisations to make a submission to it on how the State can make Ireland a leader in tackling climate change. Submissions are open now until 11 August. See http://www.citizensassembly.ie.

A list of events in August can be found here